Something is growing in and around Thor Park. And you can take that literally, because the living lab at Thor Park – built from energy innovations led by EnergyVille – has many ambitious expansion plans in the pipeline. Expansion plans that were officially presented today in collaboration with the City of Genk, Thor Park, Nieuw Dak, Stebo and Flux50. oPEN Thor, that is the name given to the test site in the context of the unique expansions, which, in addition to the 100 ha science and business park, will also include the New Texas social housing estate and parts of the adjacent garden district. A name that is not taken out of the blue, because the extension of the living lab into the residential area is being realized in the context of the oPEN Lab project: a renowned European Green Deal project worth 20 million euros that – next to Tartu (EE ) and in Pamplona (ES) – will also build a unique test site for energy-positive neighborhoods in Genk in the coming years.

On October 21, in the presence of the European Commission and European and Flemish consortium partners, the oPEN Lab project kicked off at Thor Park – a project funded under the European Union's Green Deal innovation program Horizon 2020.

Under the coordination of VITO/EnergyVille, 33 partners from 7 countries work together to test and optimize technologies, services and social innovations for the realization of energy-positive neighborhoods through “open innovation living labs”. Positive Energy Neighborhoods (PEN) produce more energy than they consume through a combination of energy-saving measures and efficient use of locally generated renewable energy. Energy storage and smart and flexible demand management ensure interaction with – and relief from – the energy system. Many innovations come together in a PEN that should enable the transition to a climate-neutral urban infrastructure.

The living labs are, as it were, “innovation hotspots” that use the transition to realize energy-positive neighborhoods on a large scale all over Europe in the future. In oPEN Lab Genk, more than 30 homes, both private and rental properties, will undergo a transformation into a test environment by being linked to the living lab at Thor Park – including via its own smart data platform. In addition to the test site in Genk, the European oPEN Lab project also includes test sites in Pamplona (Spain) and Tartu (Estonia). 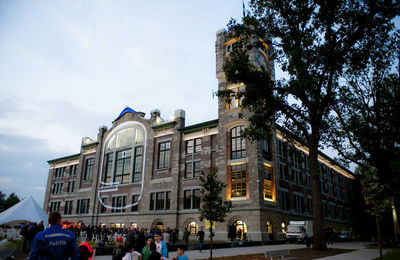 FROM KIS TO INSPIRATHOR FORMULA 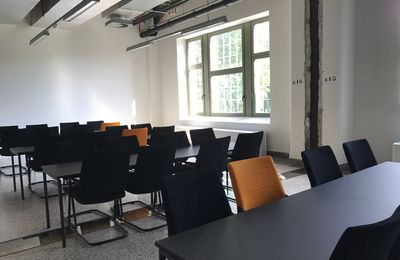 BOOK A ROOM AT THOR CENTRAL